When to cut puppy nails

A step by step guide to cutting a puppy’s nails

Puppies aren’t known for staying still for very long and if you’re trying to give their nails are trim they can seem impossibly small to cut without causing them harm. It’s a task that should form part of every puppy’s grooming routine to prevent their claws from tearing, splitting, or affecting your puppy’s gait as they run around.

Luckily, learning how to trim your puppy’s nails is more than manageable with our easy step-by-step guide.

Reading: When to cut puppy nails 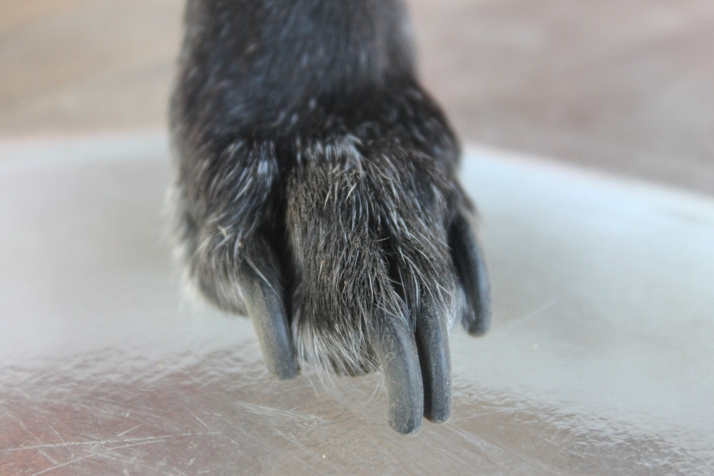 Once you’ve followed the guide through a few times, both you and your pup will be used to the whole experience and experts in how to cut puppy claws in no time at all. It might be stressful for the both of you at first but building it into their grooming routine now means they’ll quickly get used to it before they reach maturity. We promise wrestling with a wriggly puppy is much easier than with a fully-grown dog!

How long should a puppy’s nails be?

Generally speaking, a puppy’s nails should not protrude over their pads, and shouldn’t touch the ground when they are standing. If the nails are curling over the paw, then they are far too long, and will need to be cut quickly to avoid any further discomfort. The dewclaw, which is higher up on a dog’s leg, also needs to be cut, and if it begins to curl then it’s too long.

When and how often do puppy nails need cutting?

You can start to trim your puppy’s nails from around six weeks and it’s advisable that you do. Even if there isn’t much there to cut, it’ll get them accustomed to the routine and means that by the time you need to give them a proper trim, they’ll be used to sitting still for you. It might be tempting to wait until their six months old but it can mean that it’s harder to get them into a routine.

When you bring home your furry bundle of joy, expect to be trimming their claws once every three to four weeks to keep them short and prevent mishaps. How fast your puppy’s nails grow will depend on the breed and how much time they spend outside. Pups that go for regular walks on concrete, for example, will have their nails naturally worn down and they won’t need trimming as frequently.

A good rule of thumb is that if you can hear your puppy’s nails clicking when they walk on hardwood floors, then they could use a trim. It’s important that your dog is able to walk around without dragging their nails along the floor.

How to cut newborn puppy nails?

It’s important that your newborn puppy doesn’t associate any negativity with nail clipping. Make sure that you take things super slow, simply allowing your puppy to smell the equipment first. For every small step you take, be sure to give lots of praise and a treat. It’s also a good idea to get your puppy used to being touched and stroked on their paws before you attempt to clip their nails.

Since a newborn puppy’s nails are so delicate, small clippers are a great choice of tool. To cut the nails, you can use the same method we have listed above for cutting an older puppy’s nails. Just ensure you’re extra gentle and slow to help your puppy remain as calm as possible.

How to calm a puppy while clipping their nails?

Nail clipping can be a scary experience for dogs of all ages and sizes. Whilst exposure is the best way to help your puppy become used to this procedure, there are a few tips you can use to calm your pet down if they begin to show signs of anxiety.

Clipping puppy nails doesn’t have to be a troublesome or even a time-consuming task. In fact, with our complete guide, it’ll be a part of your routine that’s complete in record time with minimal fuss.

Before you even start looking at how to cut a puppy’s nails, make sure you understand how they’re made up. Unlike trimming nails on a human, a dog’s claws have tissue growing in part of the claw, known as the quick. If you accidently cut the quick, it’ll bleed a lot and hurt your puppy. If your pup has light coloured nails you’ll likely be able to see the quick if you look carefully, but it’s more difficult with darker nails.

While painful, cutting your puppy’s quick doesn’t cause any lasting damage but be sure to cuddle, fuss, and reassure them if it does happen. Styptic powder should also be used to prevent excessive bleeding.

You don’t want to prepare your puppy ready for their nails to be trimmed only to find you don’t have everything you need to hand. You should have a good pair of nail clippers, a file and some styptic powder to hand just in case.

Hold your puppy’s paw gently but firmly and trim the tip of each claw one at a time. Go slowly and keep talking to your puppy to keep them calm.

If you can see the quick through your puppy’s nails, cut just below the pink line. If you can’t see the quick then the general rule of thumb is to trim just below where the nail starts to curve. If you’re worried, start by trimming a little at a time initially.

4. Finish with a file

Also Read: When does the mother dog leave her puppies

If you choose, you can finish the nail clipping process with a quick nail file, ensuring that it’s smooth and doesn’t have any sharp edges that could catch. Some pet owners choose to use a file over trimming if their dog is afraid of clippers or isn’t comfortable with the process. However, it’s far more time consuming and inefficient to rely on filing alone.

5. Heap on the praise

Once you’ve finished trimming their nails, make sure you give your puppy lots of praise and a treat.

Of course, if you’re really worried about clipping your puppy’s claws, you can turn to a professional and get them trimmed at the vets or by a groomer. You can even get them to show you how to do it so next time you’ll be well prepared for cutting your dog’s nails at home.

If you’re still worried about clipping your puppy’s nails, these handy tips can help make the process smoother:

Products for trimming your puppy’s claws

If you’re looking for some tools to make your cutting your puppy’s nails easier, choose:

Guillotine clippers – make it easier to slice through the nails without crushing them. With a retractable blade that’s activated by squeezing the handle, they’re tough enough to cut through even a large dog’s claws. They’ll typically come in multiple sizes, allowing you to match them to the size of your puppy

Rotary sander – great for smoothing the edge of a trimmed nail once it has been clipped, although some dogs dislike the sound of them. You’ll need to replace the parts frequently but they’re a good option if you’re not keen on clipping

Styptic power – keep this on hand just in case you cut the quick. You can pick up this handy powder at most pet shops and vets.

How to plant blue point juniper

At present we’ll discuss Blue Point, top-of-the-line junipers for each hedging and rising as a…

What flowering bushes grow in shade

How long to deep fry a 10lb turkey