What is flat iron steak 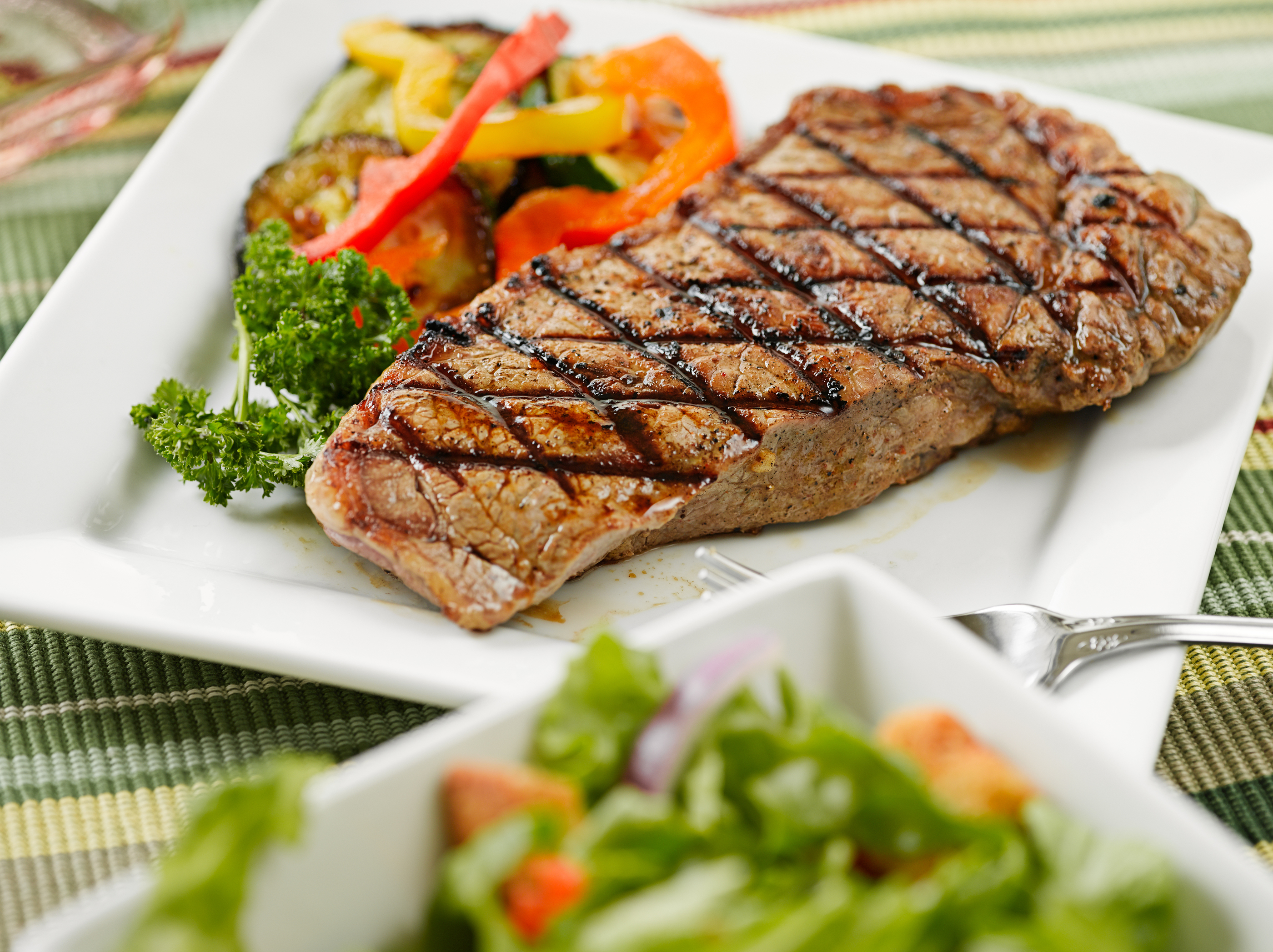 Everyone loves a great steak. The best steaks are juicy, aromatic, and tender. They fill your mouth with delicious flavors, and they fill your belly with nutritious, satisfying meat. Steak is great, and there are a lot of steaks out there. Most people eventually find they have a favorite cut of steak. Some of the most popular are filet mignon, ribeye, New York strip, and porterhouse. That’s only scratching the surface.

One steak that is growing in popularity is the flat iron steak. It’s very tender and holds deep flavors. It’s also considerably less expensive than many of the more popular steaks, and that is why it’s a rising star in the meat world. Take a minute to get to know the flat iron steak. It may prove to be one of your favorites.

Reading: What is flat iron steak

Technically speaking, flat iron steak refers to a specific cut of meat. It’s a fairly new cut because this part of the steer was previously considered unfit for steak. This means that flat iron steak is not a classic steak, but it has become massively popular because it is widely considered to be the second-most-tender cut you can get.

The techniques to cut flat iron steaks were developed by researchers at the University of Nebraska and the University of Florida. That’s how innovative this steak is. Before that research, this cut of meat could not be consistently butchered because of the sinew that is connected to it. Now that those beautiful researchers have paved the way, the world is free to enjoy flat iron steak.

The Flavor of Flat Iron Steak

Flat iron steak is popular because of its rich, deep beefy flavor. It’s a savory steak that tends to have decent marbling, but it remains sufficiently lean. The shoulder that this steak comes from gets decent exercise. So you’re looking at well-exercised steak with just enough marbling to enrich the flavor. That gives it a flavor profile rather different from filet mignon, which tends to have very little marbling.

The texture of a flat iron steak depends on how it is butchered. For the most part, the steak is extremely tender and juicy, but there is a line of sinew that runs through the flat iron steak region. Some butchers leave the sinew intact, and you have to eat around it. Others, using the techniques developed by university researchers, cut out the sinew, producing a steak that is easy to eat and only has the rich, tender meat.

One of the amazing things about flat iron steak is that you can cook it a ton of different ways. As a chuck meat, it can absorb flavor from varying cooking methods. You can slow cook a flat iron steak and get a rich, ultra-juicy meal. You can pan fry it in a stir fry or for fajitas. You can broil it, smoke it, or grill it.

If you’re looking to eat it as a traditional steak and really enjoy its inherent flavor profile, the best way is to keep it simple. Season the steak with coarse salt and fresh cracked black pepper. Grill it on open flames until medium rare (or whatever doneness you prefer). This will produce a steak that exemplifies the flat iron flavor profile.

From there, feel free to experiment. The steak holds seasoning extremely well. Cook it a ton of different ways and with different seasonings. That’s where it shines as a steak. It’s versatile.

Of course, there’s another way to enjoy a flat iron steak to its fullest. Come to Cattlemen’s Steakhouse in Oklahoma City. We’ve been grilling flat iron steaks for years, and we have perfected the method. You can get a mouthwatering flat iron steak grilled to perfection any time you like. Drop in and see us, and we’ll fill your belly with great food. You can also order online or over the phone for take out.

What temp to grill steak

Best places to eat in albuquerque

Black-eyed peas, a sort of cowpea (and known as as such in the Southern US),…