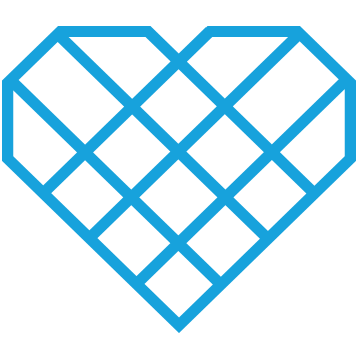 I have a confession: Taylor Swift is my guiltiest of guilty pleasures. I’m a Swifty, a fan, maybe even a stan.

I’m not the only one. Taylor Swift is one of the most popular artists of all time. Her music is catchy, her persona perfected, and it’s hard not to love Meredith Grey, Olivia Benson, and Benjamin Button (those are her cats, in case you’re not as obsessed as me). And I believe that many of you would agree that it’s almost mandatory to awkward-dance when “Shake It Off” or “You Need to Calm Down” comes on Spotify.

Even the most diehard Tay Tay fan has to admit, though: Taylor’s music promotes some messed up ideas about love. Here are the top 10 signs of unhealthy behavior in Swifty’s music:

“The moon is high

Like your friends were the night that we first met

Went home and tried to stalk you on the internet

Now I’ve read all of the books beside your bed

The wine is cold

Like the shoulder that I gave you in the street

Cat and mouse for a month or two or three

Now I wake up in the night and watch you breathe”

Feeling this much, this fast is super intense.

While some may feel that checking out a potential partner on the internet is a matter of safety, “stalking,” playing coy, and watching someone breathe while they sleep? Better to slow it down, take it easy, and get to know someone on terms that work for both of you, T.

RELATED: 5 Lessons We Can Learn from Rob Kardashian and Blac Chyna

“Now I heard you moved on from whispers on the street

-I Knew You Were Trouble

Taylor’s partner is super disrespectful here. Dropping a partner without talking to them, and disregarding their feelings, even suggesting they were just one in a long list? This is not how you treat someone, or a relationship, that you respect.

“Then you come around again and say

“Baby, I miss you and I swear I’m gonna change, trust me.”

Remember how that lasted for a day?

-We Are Never Ever Getting Back Together

This relationship is the very definition of volatile. Having extreme ups and downs and never knowing where you stand with a partner is a recipe for a harmful relationship.

Instead of one partner making empty promises that they will change, both of them should put a plan together to make positive changes happen. If they can’t do that calmly, I hope they’ll never get back together.

I get drunk on jealousy

But you’ll come back each time you leave

‘Cause, darling, I’m a nightmare dressed like a daydream”

Jealousy is a normal emotion that can be resolved if you communicate openly and freely about your insecurities. But acting out those feelings by “screaming, or crying” is really unhealthy and destructive, just like this song. Blank Space is like a how-to on how not to #lovebetter.

RELATED: 6 Quotes from Kesha that Show the Miraculous Power of Healing

“I’ve got a list of names and yours is in red, underlined

Ooh, look what you made me do”

-Look What You Made Me Do

“Look what you made me do” is one of the most common phrases abusers use to make their victims feel responsible for the abuser’s actions.

This is one of the worst examples of unhealthy behavior in Taylor’s work. She should take responsibility, not make her partner feel guilty for her own actions.

“You should take it as a compliment

You should think about the consequence

Of your magnetic field being a little too strong”

If I could copy and paste all of the lyrics for “Gorgeous” here, I would. This is the first section of the song, and it starts out strong with blaming her love interest for her inappropriate actions. Like guilting, her partner isn’t responsible for her behavior, and in this case, neither is alcohol. Alcohol is never an excuse for belittling your partner, girl, bye.

“Did you have to do this? I was thinking that you could be trusted

Did you have to ruin what was shiny? Now it’s all rusted

Did you have to hit me, where I’m weak? Baby, I couldn’t breathe

And rub it in so deep, salt in the wound like you’re laughing right at me”

According to pop culture legend, “Bad Blood” is a response to Katy Perry sabotaging Taylor’s world tour by hiring her dancers. As the story goes, they were good friends before this.

Healthy relationships extend to friendships, too, and no one should ruin their friend’s success intentionally.

“You, with your switching sides

And your wildfire lies and your humiliation

You have pointed out my flaws again

As if I don’t already see them

I walk with my head down

Trying to block you out ’cause I’ll never impress you

This is such a clear, honest confession of how a partner feels after being constantly criticized by someone they respect. As the hurt feelings build-up, a pattern like this can wreck someone’s self-esteem. You definitely shouldn’t have to put up with this kind of demeaning treatment from a partner or friend.

Slowly I said, “You don’t need to save me

But would you run away with me?”

-Call It What You Want

It’s a huge warning sign when a partner wants you to “run away,” or avoid the world.

They’re trying to keep you all to themselves. Taylor’s partner should’ve said no (pun intended).

“And I got a boyfriend, he’s older than us

He’s in the club doing, I don’t know what

I don’t know what Tay’s boyfriend is doing in the club either, but it doesn’t excuse her hitting on someone else. (Also, what’s with the negging? Not okay.)

RELATED: 5 Life Lessons I Learned From Ariana Grande’s “Thank U, Next” Music Video

“I never trust a playboy, but they love me

So I fly ’em all around the world

And I let them think they saved me

They never see it comin’, what I do next

This is how the world works

You gotta leave before you get left”

– I Did Something Bad

Gifts or vacations from a significant other are awesome, except when they’re being used as tools to influence your feelings.

This is coercive because Taylor’s using gifts to make her partners like her…before she dumps them.

I know that one could easily think that it’s no big deal, it’s just music. But Taylor’s core demographic, according to Quantcast, is young women in college between 18 and 24. That is the demographic that is most likely to experience an unhealthy or abusive relationship. Many of them have probably been fans for most of Taylor’s 12-year career. That means that they grew up listening to Taylor’s ideas about love and relationships.

Again, I really like Taylor. The “Lover” album is a bop. She’s undeniably talented and a badass businesswoman and I’m going to get down every time her music comes on in the car. But I’ve decided to take a more critical approach to her words and encourage my friends to do so as well. Unlearning the messages we get from culture and media is hard. But we can all learn to recognize the difference between unhealthy and healthy behavior, which helps us to #lovebetter.

Understanding these behaviors can help you figure out if you’re in an unhealthy or dangerous relationship. Learn more about the 10 Signs of an Unhealthy Relationship here.

Yoga for upper back pain

What to wear to a beach

What food is highest in magnesium

How to use nail stamps

What is the best deodorant for men

Best gifts for those with migraines

Is wandering jew a succulent