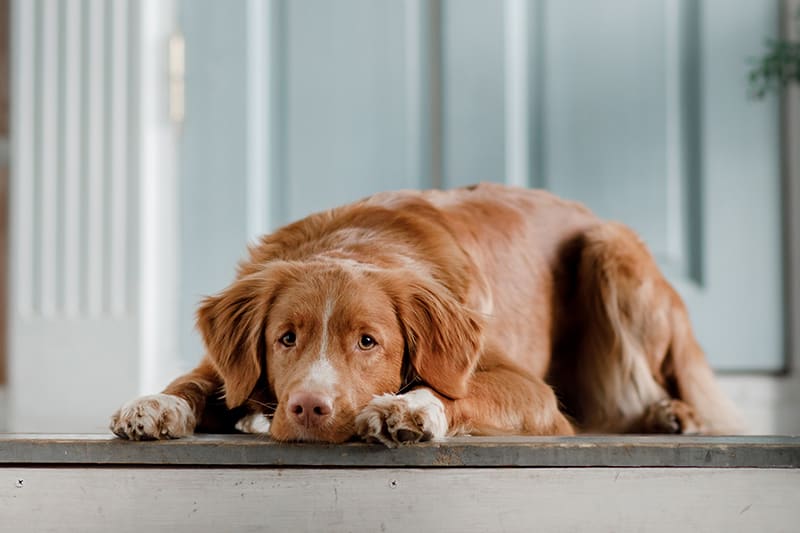 Often caused by an underlying autoimmune condition, Addison’s Disease is a hormonal disorder seen in dogs that is characterized by a low hormone output by your pup’s adrenal glands. Here our Seattle verts explain more about this serious condition and how Addison’s Disease in dogs can be treated.

What is Addison’s Disease in dogs?

Although it is much more rare, Addison’s Disease can result from damage to your dog’s adrenal glands caused by infection or trauma, or treatment for Cushing’s disease. A secondary form of Addison’s can stem from a tumor or defect in the pituitary gland, or suddenly stopping long-term steroid treatment.

What is the role of adrenal hormones?

The two main hormones created by the adrenal glands are cortisol and aldosterone.

Cortisol plays a key role in the overall functioning of your dog’s body including regulating metabolism and the production of glucose, the breakdown of fat and proteins, regulating blood pressure, suppressing inflammation, stimulating the formation of red blood cells, and counteracting stress.

Aldosterone regulates organ functioning that balances your pet’s sodium and potassium levels which are responsible for maintaining optimal fluids levels within your pup’s body.

Are some breeds more likely to develop Addison’s Disease?

Any dog regardless of age or breed can develop Addison’s Disease however the condition is most often seen in young to middle-aged female dogs, and the following breeds: Nova Scotia duck tolling retrievers, Leonbergers, labrador retrievers, Portuguese water dogs, bearded collies, and standard poodles.

What are the symptoms of Addison’s Disease in dogs?

What is Atypical Addison’s Disease in dogs?

Dogs with Atypical Addison’s Disease typically experience less severe symptoms of the disease making the conditions even more challenging to diagnose. These dogs do not present in Addisonian crisis, or suffer from severe dehydration or shock. Signs of atypical Addison’s Disease in dogs may include, vomiting, diarrhea, loss of appetite, lethargy, or weight loss. Typically these dogs experience chronic or intermittent gastrointestinal issues leading up to their diagnosis.

How is Addison’s Disease in dogs diagnosed?

Most cases of Addison’s Disease in dogs is diagnosed during an Addisonian crisis when the condition is acute and severe. Once the dog’s condition has been stabilized bloodwork and urinalysis will be done to look for signs of the disease such as anemia, high potassium and urea levels in the blood, and unusual levels of sodium, chloride and calcium. An ECG may also be done to detect any changes in your pup’s heart rate.

The adrenocorticotropic hormone (ACTH) stimulation test is used to determine how well your dog’s adrenal glands are functioning and is used to reach a definitive diagnosis of Addison’s Disease.

How is Addison’s Disease in dogs treated?

If your dog has suffered from an Addisonian crisis hospitalization and intensive care will be necessary to stabilize your pup’s condition. Once your dog is out of immediate danger your vet will prescribe one or more replacement hormone medications to help get your dog’s hormones back to normal levels.

There is no cure for Addison’s Disease in dogs, however, the condition can be managed with ongoing hormone replacement therapy and regular blood tests to check hormone and electrolyte levels so that adjustments to medications can be made as necessary. Finding just the right hormone replacement medications and strengths will take some time and a bit of trial and error so it’s important to be patient.

It is essential for owners of dogs with Addison’s disease to take their dog in for regular examinations and never adjust the medications without explicit instructions from the veterinarian.

What is the life expectancy for dogs with Addison’s Disease?

With proper treatment and disease management dogs with Addison’s Disease can have a relatively normal life expectancy.

Note: The advice provided in this post is intended for informational purposes and does not constitute medical advice regarding pets. For an accurate diagnosis of your pet’s condition, please make an appointment with your vet.

Also Read: What causes diarrhea in a puppy

Also read: Why does my hair smell burnt

How long does it take to cook chicken

Sure cuts of chicken could be marinated earlier than cooking, to add flavour and moisture,…

How to plant an iris bulb

How long is bacon grease good for