When a show meets an untimely demise, all we can do is hope for the best and brace for the worst. That state of mind is one that Beth Boland, Ruby Hill and Annie Marks are very familiar with after four seasons of wheeling and dealing in counterfeit cash.

As we saw in last week’s double dose of Good Girls, Dean Boland is also readying himself for impact by considering throwing the mother of his children squarely under the bus. With the series now cancelled and a move to Netflix officially squashed, I can’t imagine a worse ending than Beth landing in jail at the hand of her schlubby, eyeroll-inducing husband. But with just five episodes left, we can only have faith that we’ll get a makeshift ending that won’t fill us with rage and tempt us to smash our TVs.

But before we can laser-focus our annoyance on Dean (again), Beth had yet another quandary to solve Thursday following last week’s Canadian “cash” mishap. With the batch of foreign scratch down the toilet, Rio decided to motivate Beth by putting the life of someone she loved on the line. Did Annie make it out of harm’s way? Let’s recap what went down in “Family First.”

After a sisterly squabble over a blender, Annie’s head is deep inside her fridge when a familiar voice breaks the silence behind her. It’s Rio. In her apartment. And the look on her face says it all. He tells her to grab a jacket and shoes. He’s got a plan, and in pure Rio fashion, he’s mum on the details. She glances at her phone sitting on the table. “No, don’t do that,” he warns. 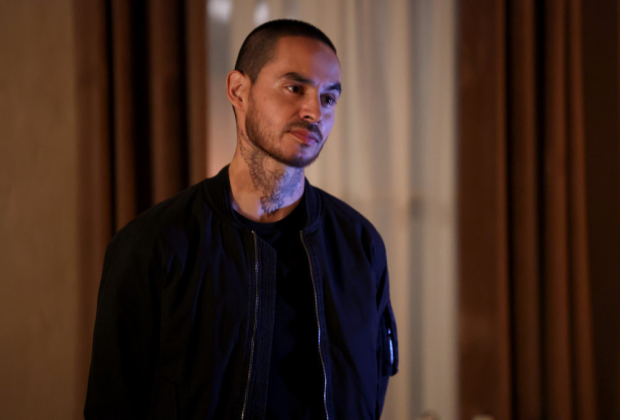 At the Bolands’, Beth is busy spoiling her son out of guilt for not being there when he broke his wrist. Dean is clearly still peeved. He grills Beth about both washing cash and dropping it off… right in front of the children! The kids exit and Beth says nothing’s happening, but Dean knows better than to believe her (well-intentioned?) lies.

Dean’s pyramid scheme bros-turned-lawyers continue fueling the schism between husband and wife. They want him to get some incriminating evidence against Beth. Something they can use. (Ugh, Dean, we were just kinda starting to like you! OK, that’s sort of a lie, too.) Does Dean actually have what it takes to pull that trigger?

Ben shows up at Beth’s door when he can’t find his mom. He found her phone on the table, but has no idea where she disappeared to. He suggests that maybe they should call the police, but Beth has a hunch of who she might be with. She and Ruby then try to pay off Rio, but he’s ticked that the ladies left all their “cash” at the Canadian casino. Beth is all, “I WANT MY SISTER BACK!” but Rio’s all, “Finish the job, then!” And around we go!

Dean tells Stan that his pyramid bros are helping keep him out of jail. Stan’s shocked that Dean’s looking to sell out Beth to save his own hide, but Dean assures him he’ll protect Ruby. He does ask Stan to keep his ears to the ground, though.

Also Read: Molasses is made from what

Meanwhile, Annie is being held in a freezer by Mick. He takes her to a convenience store to grab snacks, and when she eyes the door, he taunts her to try running. Gangster man then drives Annie to a shady house in the middle of the night. She freaks, thinking she’s being dropped off to be offed. She tries to tell Mick that she’s the brains behind the cash operation. She exaggerates her role in the cash biz, until he gets out of the car and repeatedly pistol-whips some guy in his face. Mick gets back in the car and tells her that the truly important people don’t have to tell you how important they are. Touché. 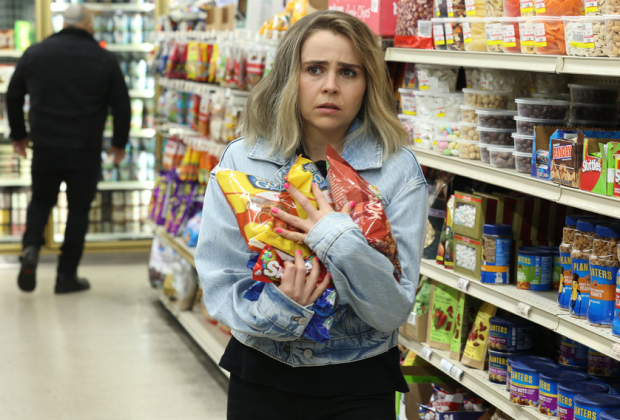 Beth and Ruby attend a public hearing to pay the taxes on the club so they can get back to printing. They run into Emma Caulfield (oh, hey Emma!), who’s playing Harry’s bud’s mom. It’s all fun and games and “nice to see ya!”s until the woman throws a wrench by outbidding them at auction. Remember that inspector from earlier this season? The one Beth and Dean paid off to look the other way? Beth and Ruby “hire” her to cause trouble for Emma. The club she just bought all of a sudden has plumbing issues, asbestos, bathroom troubles, and the list goes on. Beth and Rub’ then offer to take it off of her hands… for cheap. Well played, good girls!

Mick leaves his car window open when he stops to visit an elderly old colleague. When the cops pull up suspecting Mick of assault, Annie uses the distraction to crawl out of the car. Instead of escaping, she provides a fake alibi, telling the 5-0 that she and Mick made sexytime the night before and didn’t leave their motel room. After, Mick wonders how “one bitch” (referring to Beth) could have such a hold on so many people. “She’s not all that,” Annie says. “Then why are we both here?” he asks.

As the episode wraps up, Ruby and Beth crank out their next batch, and thus, Mick drops Annie home. Annie returns Beth’s blender and finds Ben sleeping on the couch. The sisters embrace each other in bed, relieved that the nightmare-of-the-week is over. Beth then stops by Nick’s office for “career advice,” as Stan gets in bed (a hot tub, rather) with the pyramid scheme bros.

Will Dean turn the tables on Beth? Will the women try printing Canadian bills again? Sound off (or mourn) in the Comments below.

Also Read: The perfect corn on the cob

How to descale keurig coffee maker

How much juice from lemon

Does water make you lose weight

How do you gather rainwater and what are the advantages? Whether or not you are…

How much soil for a 5 gallon pot

How deep to plant tulips

When to plant pussy willows