As the holiday seasons approach, many of us turn with glee toward our kitchens. We get ready to make the traditional meals and goodies, including ginger snaps.

Ginger snaps combine spicy and sweet flavor profiles delectably. They are typically a harder cookie that crunches when you chew and doesn’t usually have frosting on it.

In the way of cookies, it sounds like a pretty healthy treat! But what about your dog? If you sneak another cookie and they catch you, is it wise to bribe them with one of their own? In short, no dogs should not be eating ginger snaps.

In this article, we look into this and explain the ginger snap cookie’s primary ingredients and their effect on dogs.

Dogs should not eat ginger snaps, but they are also not toxic to them if they do get a bite or sneak into the cookie jar.

The fact of the matter is that these little cookies are deceiving. Ginger is safe for dogs; it is actually beneficial. However, the amount of ginger in a ginger snap is disparagingly low, and often, it is not real ginger, but a more robust flavor substitute.

The other ingredients in a ginger snap made for humans are not good for your dog. Their internal system can tolerate the ingredients, but it won’t like it. Dogs can have little pieces without much harm. More than that or too frequently, though, and they might begin to show concerning symptoms.

Ginger and Its Benefits for Dogs

Ginger can be quite beneficial for dogs. It helps promote healthy digestion patterns and even aid against stomach pain. It is a root vegetable that can help both humans and canines feel better if they get carsick or recently had some kind of stomach bug.

Ginger is loaded with healthy antioxidants that support your pup’s immune system. It has even been shown to prevent certain forms of canine cancer. 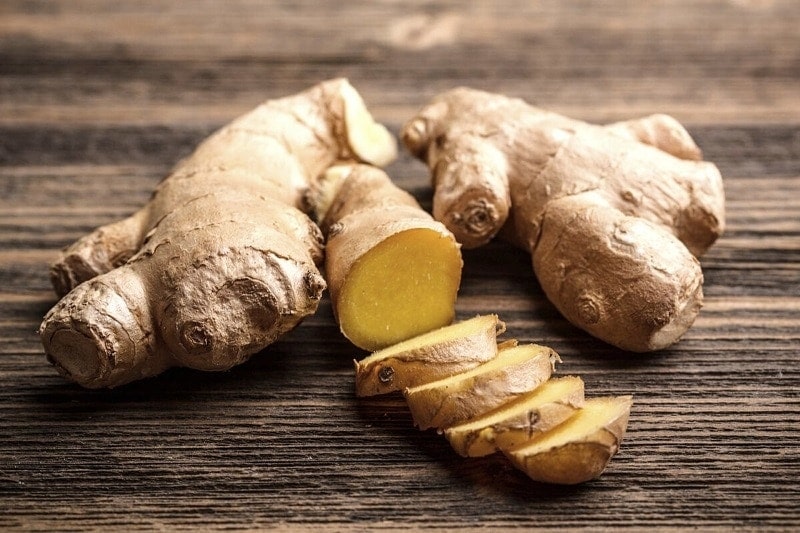 It is also suitable for their heart, having anticlotting capabilities. It can also reduce the microfilariae loads associated with heartworms.

As your dog ages, the anti-inflammatory of ginger can help them deal with painful symptoms of arthritis. It flushes out toxins in their body and can reduce inflammation around painful joints. You can even make a salve and apply it topically to deal with localized pain that often comes from osteoarthritis.

The Rest of the Ingredients and Their Harms

Now that you are well aware of the many benefits that ginger can have for your dog, you should know that the rest of the ingredients ruin ginger snaps for your pup.

Sugar is the primary culprit when it comes to the ingredients that make ginger snaps harmful. Dogs’ digestive systems are not set up to consume and process sugar. It is entirely superfluous to their diets and can cause enormous health issues.

Sugar is not toxic to dogs, but over the long run, your dog’s internal systems are going to be unhappy. They can begin to experience symptoms of diabetes and may even suffer from obesity. Either of these health problems drastically shortens a dog’s lifespan.

You might think that instead of using sugar, you could substitute a healthier alternative like xylitol to make them better for both you and your pup. But xylitol is toxic to dogs and will do much more harm to them than typical white sugar. Do not give your dog anything that includes xylitol.

Also Read: Why is my chihuahua so mean

Although flour is not too problematic of an ingredient, it can cause upsets for your dog. Not all dog owners agree with a gluten-free diet, but it is widely accepted that wheat gluten in the flour is often difficult for dogs to digest. It probably won’t cause them any pain, but they will generally feel better without it in their system.

Another primary ingredient in a ginger snap cookie is shortening or lard. These are butter alternatives.

Neither shortening nor lard is toxic to dogs, but in large amounts, it is likely to cause vomiting and diarrhea. Even the smaller portions in cookies can contribute to health issues, like obesity and diabetes.

Don’t despair if you have always wanted to share this savory treat with your dog. It might just mean switching that age-old recipe to something safer for your dog to eat.

There are many recipes on the internet for dog-friendly ginger snaps. The key is often to use honey instead of white sugar and olive oil in place of shortening or lard. Although honey still contains sugar, it is natural and less processed than pure, white sugar. Not only is it safer, but it also brings benefits in the form of vitamins and minerals.

Check out recipes for ginger snap cookies to have a treat that your kids and your dog can enjoy together.

While ginger snaps are not toxic for dogs to eat, it is best to avoid giving them more than a small bite. Making your own is a great way to provide your dog with a healthier treat than a typical ginger snap. That way, each member of your family can celebrate the holidays in every way.

Also Read: How do you know if your dog is dying

What does it mean when you dream about cats

Can cats sleep with you

Sweet potato good for you

How does self watering planter work

How to cook can green beans

How long cooking chicken in oven

How many servings in a bottle of wine